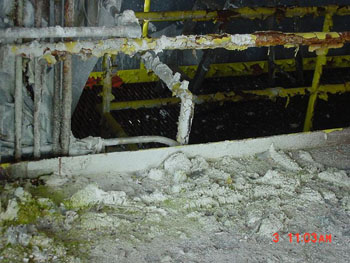 In the news this week there are numerous stories from around the globe indicating that people continue to be unwittingly exposed to asbestos. Below are just a few examples.

Former dockyard workers at the Malta Shipyard in Triq Ghajn Dwieli, Paola., have filed a complaint in the European Court of Human Rights claiming they were negligently exposed to asbestos. According to the article, “workers claim the Maltese government, which owned the Malta Shipyards between 1968 and 2003, failed to fulfill its positive obligations to protect their life against the cancer-causing fiber and inform them they were exposed to any danger.” Juan Ameen, Times of Malta 07/30/2012

New Breath Test May Assist in Early Detection of Mesothelioma

Researchers from the University of New South Wales (UNSW) have developed an electronic nose that can help with early detection of mesothelioma. According to the article, the team of researchers “analyzed breath samples from 20 patients with malignant mesothelioma, along with 18 people with asbestos-related diseases and 42 healthy subjects. Patients were correctly identified in 88 percent of cases.” Staff Report, FirstPost 08/02/2012

Former Detroit supervisor William Morgan was convicted and sentenced to prison for violating the Clean Air Act and taking bribes on asbestos abatement projects. According to Randall Ashe, special agent in charge of EPA’s criminal enforcement program, “it is reprehensible that a public official made asbestos abatement decisions based on a bribe, not on what was needed to protect the health of the community.” Morgan was sentenced to three years in federal prison. Staff Report, Environmental Protection 08/06/2012

Widow Lisa Mugg of Port Melbourne, Australia, has won the maximum payout for a “work cover settlement” of more than $500,000 for her husband’s death from mesothelioma. According to the article, Mugg’s late husband Farid Moghaddas was exposed to asbestos during his employment with Toyota in Port Melbourne in the 1980’s. Mugg stated, this win “award allowed me to survive financially while I’m dealing with my grief.” Dana McCauley, Port Phillip Leader 08/06/2012