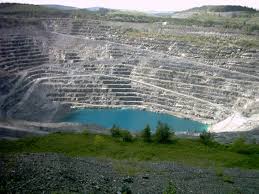 Despite the millions of people who have been exposed to asbestos from the Canadian mines and the now hundreds of thousands were probably died the industry will just not give up. See below.

Below is a letter from Chairman of the International Chrysotile Association (ICA), a lobby organisation that represents the global asbestos industry. The ICA is seeking to prevent Pakistan from banning asbestos. The letter cites scientists, such as David Bernstein, whose research has been financed by the asbestos industry and has zero credibility in the reputable scientific community.

As reported in Retraction Watch, Bernstein and the journal that publishes his work, Inhalation Toxicology, were forced recently to publish an apology for putting forward a number of articles by Bernstein as being independent research, when they were, in reality, financed by and controlled by the corporation Georgia Pacific, in order to be used in court cases the corporation was facing from workers and their families, who had been harmed by the asbestos Georgia Pacific used.

As the Centre for Public Integrity reports, Bernstein has a long history of conducting asbestos-friendly research funded by Georgia-Pacific and other companies in the industry:

“Bernstein is the most active of a dozen or so industry-backed scientists who have helped fuel the asbestos trade by producing papers, lecturing, and testifying on the relative safety of chrysotile. The industry has spent tens of millions of dollars funding their studies, which have been cited some 5,000 times in the medical literature as well as by lobby groups from India to Canada. Bernstein’s work alone has been cited 460 times. He has been quoted or mentioned in Zimbabwe’s Financial Gazette, Hong Kong’s South China Morning Post and other publications around the world. His curriculum vitae suggests that he’s been a one-man road show for chrysotile, giving talks in 19 countries since 1999. Among his stops: Brazil, China, Colombia, India, Indonesia, Korea, Mexico, Russia, South Africa, Thailand, and Vietnam. The industry paid for all of his travel, Bernstein told [the International Consortium of Investigative Journalists] in an interview.”

It is because of the deceptive misinformation, financed by the asbestos industry, from scientists like David Bernstein, whose research was previously financed by the tobacco industry, that the use of asbestos in the world has not declined over the past two decades and that thousands will continue to die tragic deaths.

If the slogan used by the ICA were to tell the truth, it would say – For destruction of environmental, occupational health, and for unsafe and irresponsible use of asbestos.

Scientists, unions and organisations around the world, who defend public health, issued a Statement, condemning the deadly misinformation contained in the ICA letter.