IARC Declares All Forms of Asbestos Cause Cancer 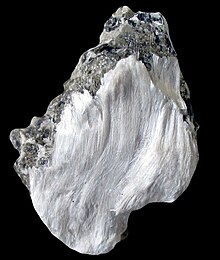 A common defense employed in most mesothelioma trials is that chrysotile asbestos does not cause mesothelioma. This position is once again rebuffed by the IARC.

In a Joint Statement, released on February 19, 2013, the World Health Organization (WHO) and the International Agency for Research on Cancer (IARC) state that all forms of asbestos are carcinogenic to humans and that the most efficient way to eliminate asbestos-related diseases is to stop the use of all forms of asbestos.

In a letter of December 13, 2012, scientists and public health defenders around the world expressed concerns that IARC (an agency of the WHO) was participating in a sham scientific conference in Kiev, organized by asbestos promoters to try to prevent chrysotile asbestos being put on the Rotterdam Convention’s list of hazardous substances at the upcoming May 2013 Conference of the Parties to the Rotterdam Convention.

This Joint Statement from the WHO and IARC exposes the deadly deception of the campaign being waged by the asbestos industry to prevent chrysotile asbestos from being put on the Rotterdam Convention’s list of hazardous substances as the dangerous, as the Convention’s expert scientific committee has repeatedly recommended.

The other issues raised by the scientists and public health defenders have not yet been addressed by IARC and continue to be of concern.

In response to allegations in the recent Lancet article, IARC in the dock over ties with asbestos industry (The Lancet, doi:10.1016/S0140-6736(13)60152-X), WHO (World Health Organization) and IARC (International Agency for Reserach on Cancer) state the following:

WHO and IARC take conflict of interest seriously and use a rigorous process to protect our research and development of norms, standards and guidelines from undue influence.

IARC confirms the completeness and accuracy of all data and statements of scientific results published in the British Journal of Cancer (Estimating the asbestos-related lung cancer burden from mesothelioma mortality, doi:10.1038/bjc.2011.563) and presented at a conference in Kiev.

IARC, as WHO’s cancer research agency, remains committed to providing the most reliable, independent scientific evidence on which public health decisions can be based.