Public Citizen is a non-profit organization dedicated to protecting consumers by serving as a Congressional watchdog. The group prepares reports for the public’s consumption about various issues, including a report entitled The Facts About Medical Malpractice in Pennsylvania. The report notes that:

Most Common Types of Injuries Caused By Medical Malpractice

Negligent prenatal care causes harm to the baby and mother if there is an undiagnosed condition in the mother. Failure to diagnosis conditions in the mother, such as preeclampsia, an STD, or ectopic pregnancies, can all result in injuries during birth.

Both the mother and the child can be injured during a difficult birth. Babies can suffer broken bones, contusions, nerve or spinal cord damage, or brain injuries. The mother could suffer injuries if a cesarean section is necessary, but not ordered by the doctor.

Injuries Due to Delayed or Misdiagnosis

If a physician fails to diagnose a condition or illness, or misdiagnoses a serious condition as something less severe, the delay in getting the patient the appropriate treatment can make the illness or injury from the condition worse.

Some medical negligence is attributable to a mix up regarding patient information, and a patient could end up receiving treatment or a surgery meant for a different patient.

Being injured by a doctor or nurse in West Chester can leave a victim patient feeling helpless, alone and disheartened. Cohen, Placitella & Roth, P.C. has been working with medical negligence clients for more than 40 years to build strong cases to protect the interests of the clients. We know what it takes to help you.

Your medical malpractice claim investigation will involve establishing evidence of four legal elements. As an initial matter, it must be shown that a doctor-patient relationship existed between you and the medical care provider that caused your injury. This means that a duty of care must shown, i.e., that the medical care provider had a standard of care that he or she was supposed to provide to you, the patient, and yet failed to do so. Evidence of this failure to adhere to the standard of care is key in a medical malpractice case. Finally, you must show evidence that you have suffered damages, i.e., additional medical expenses, loss of job or time off from work, etc., as a direct result of your injury.

The types of evidence that are most useful in a medical malpractice case include medical records, medical reports, test results, diagnoses, prognoses, medical scans such as x-rays, CAT scans, MRIs, etc., witness testimony, expert opinions, and photographic evidence of the injury, if possible. All these tests and exams can be costly, and that is why you need a law firm, like Cohen, Placitella & Roth PC, that has the financial resources it takes to thoroughly investigate your case.

No one is protected from medical negligence and some residents of West Chester will be the victim of medical malpractice, as medical negligence can result from accidents, miscommunications, inattentiveness, and lack of oversight. Cohen, Placitella & Roth, PC is dedicated to helping our clients recover the compensation that they deserve for their medical negligence injuries. 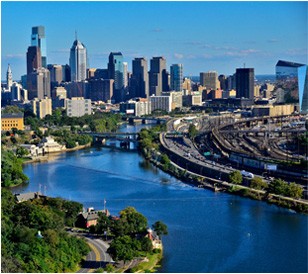