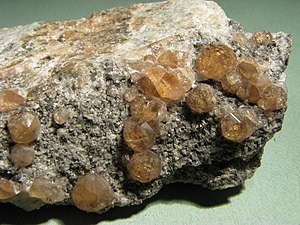 Epidemiologists oppose reopening asbestos mine     BY CATHERINE SOLYOM, THE GAZETTE JULY 24, 2012   4   STORYPHOTOS ( 1 )     Bernard Coulombe, owner of the asbestos mine Jeffrey Mine Inc., displays some of the fibres from a chrysotile (asbestos) rock in the town of Asbestos, Quebec, 170 kilometres east of Montreal on Thursday, April 22, 2010. The call for a global asbestos ban comes just three weeks after the Quebec government approved a controversial $58-million loan to the Jeffrey Mine to build a new underground asbestos mine, to export the substance to India and other countries. Photograph by: Dario Ayala , The Gazette MONTREAL – Epidemiologists are usually a quiet, careful bunch. But three weeks after the Quebec government approved a $58-million loan to reopen and expand the only remaining asbestos mine in Canada, these public health experts and scientists have decided to speak out against a decision they say will create jobs in Quebec at the expense of lives in other countries. The science calls for a worldwide ban on the mining, export and use of asbestos – all kinds of asbestos – not the renewal of the industry. “The asbestos industry continues today to undermine public health policy by denying the overwhelming scientific evidence and promoting asbestos use in developing countries,” said Colin Soskolne, past-president of the Canadian Society of Epidemiology and Biostatistics, one of over 150 organizations to sign an unequivocal joint statement published Tuesday. “According to the (World Health Organization), over a hundred thousand people around the world die unnecessary and painful deaths every year as a result.” The Jeffrey mine in Asbestos is expected to create 450 new jobs, for the next 20 years. But epidemiologists – who study the causes, distribution, and control of disease in populations – say the effects of continued use of chrysotile asbestos will be felt for decades longer in countries using the product, including India and Thailand, just as it continued to claim lives in Canada, long after the product fell into disuse. Over the 10-year period from 1999 to 2008, 70 per cent of deaths from occupational diseases in Quebec were estimated to be caused by asbestos, and asbestos remains the biggest single cause of occupational disease across Canada, linked to mesothelioma, lung cancer, laryngeal cancer and even ovarian cancer, the report states. For Soskolne, it’s a clear and shameful double standard. “We don’t use it in Canada, we have it removed from Sussex Drive and elsewhere, but it’s good enough to sell to impoverished populations,” said Soskolne, a professor at the University of Alberta. Federal Industry minister Christian Paradis, in town to announce funding for arts and culture, reiterated the federal government’s support for the industry and its perspective that asbestos can be used safely, echoing what the Quebec government has long asserted. “Rules for safe use (of asbestos) exist and it can be done in a correct manner,” said Paradis, who is also a native of Thetford Mines, where the only other remaining asbestos mine filed for bankruptcy in January. “But again it has to be done not only at the extraction phase but also when it is used. That is done in Canada, but it also needs to be done elsewhere in the world.” The science tells a different story. In 2006, the WHO called for an end to the use of all types of asbestos as the most effective way to eliminate asbestos-related diseases. It expressed particular concern regarding the use of asbestos-cement in the construction industry, the primary use to which Quebec asbestos is destined. The workforce involved is large, exposure is difficult to control and in-place materials have the potential to deteriorate and pose a risk to those carrying out alterations, maintenance and demolition, the WHO said. Stanley Weiss, a professor of preventive medicine and community health at the New Jersey Medical School, likened asbestos to another carcinogen – tobacco – in terms of the number of people made ill by it, and the industry’s quest to dispute the associated dangers. Unlike tobacco, however, people in developing countries today often cannot choose to stop using it. “Other carcinogens like tobacco are linked to personal behaviour,” Weiss said. “With asbestos, people who use it assume it’s safe to use and without knowledge that it’s harmful, they are exposing themselves. Sometimes there’s no way to prevent asbestos exposure because it’s used in their surroundings.”