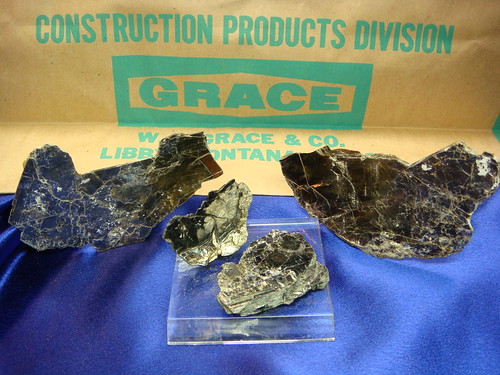 Students and Staff in India at Risk of Asbestos Exposure

More than 60 schools in India still contain asbestos roofs putting students and staff at risk of exposure. According to the article, “the Human Rights Commission prohibited the use of asbestos as roofs in state schools in January 2009, and nearly 60 schools are yet to implement the order.” The article also states the reason why these schools have not met these requirements is due to the lack of monies. Sreedevi Chitharanjan, The Times of India 07/15/2012

Read Article: The Times of India

Libby Mont., has turned an old W.R. Grace site, infested with Asbestos, into a beautiful town park. According to the article, it took a decade to clean-up and more than $440 million dollars to finish this part of the project. The town park has already held a wedding and has scheduled other events for this year. Matthew Brown, The Spokesman-Review 07/16/2012

Demolition of a Massachusetts Foundry Halted due to Asbestos

Demolition of the old Bechler Foundry in Easton, Mass., has come to a halt after asbestos was found in the ceiling tiles. According to state officials, the contracting company filed a demolition permit with the city but did not file proper asbestos abatement paperwork with the state. Spokesman for the Department of Environmental Services Edmund Coleeta said the portion of the building that was “demolished contained asbestos but the amounts were small enough to not be a safety concern.” Justin Graeber, Enterprise News 07/14/2012

England’s top public school, Sherborne, and its director Peter Eldridge were prosecuted and fined more than £60,000 for negligently exposing workers and students to asbestos during a renovation. The Health and Safety Executive (HSE) also found the school failed to carry out a full asbestos survey before the renovation and negligently continued the construction. Staff Report, The Construction Index 07/16/2012

Iberville Residents Could be at Risk of Asbestos Exposure

Residents of Iberville, La., are in fear of being exposed to asbestos and other toxic substances after the city decided to implode a nearby hotel this Sunday. According to observers, “the state has planned the demolition carefully and that contractors have already stripped the building down to its skeleton.” The newspaper reported “that those toxins shouldn’t be a major part of Sunday’s debris cloud.” Katy Reckdahl, New Orleans Times-Picayune 07/17/2012

Posted with Blogsy
Proudly presented to you by our mesothelioma lawyers of Cohen, Placitella, and Roth.